July 28, 2019
Admin
No Comments on Mexico’s fake avocado scam will guac your world

Mexico is facing a guacamole crisis. And tourists travelling to inhale truckloads of the delicious dip are being scammed with a very convincing fake.

What is a holiday to Mexico without gallons of their glorious guacamole while taking in the Caribbean? Well, turns out you may be getting duped with a cheap alternative when ordering your favourite taco.

Turns out avocado prices have skyrocketed through the roof, forcing some taquerias to ditch the avocado in their guacamole recipe and bring in a cheaper alternative. 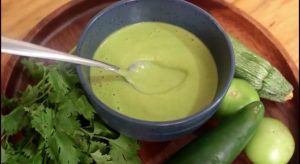 The clincher? Customers are none the wiser and paying the same amount for the fake dish.

Poor harvests and cartel control are allegedly to blame for the soaring price of avocados in Mexico, forcing chefs to substitute them for “green courgettes” — or zucchini — in the dip.

When blended, these impostors look and taste identical to the real deal, and the trick is successfully scamming customers across the country.

According to Bloomberg, the price of Hass avocados from Michoacán, the heartland of Mexico’s avocado production, jumped some 7 per cent to a record-breaking 650 pesos ($50) for 10 kilograms.

So how is this cheap alternative being made and scamming punters keen for a bit of guac with their corn chips?

According to Javier Cabral, editor of LATaco, once the zucchini are boiled and blended with the rest of the ingredients — green tomato, coriander and chilli peppers — and pureed into a creamy, smooth consistency, few can tell the difference. 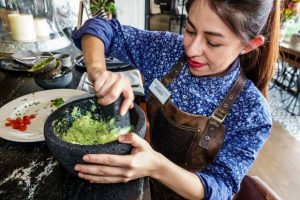 The zucchini impostor substitutes the green colour formed from an avocado, and “the recipe gets its creaminess thanks to the oil used to blister the jalapeño that emulsifies the rest of the ingredients”.

“The scariest part is that it tastes almost exactly like your standard taqueria guacamole: bright, spicy, rich and very satisfying,” Cabral said.

“For someone who has eaten over a thousand tacos this last year alone with all kinds of taqueria guacamoles, it almost fooled me.”

According to Cabral, the main difference between the poser salsa and the real thing is the “faintest, subtly sweet flavour” from the zucchini dip that is not present in the guacamole.

“But even for an experienced taco palate, when spooned over a nicely toasted tortilla, juicy meat or oozy cheese, onion, cilantro, and lime, it would be extremely hard to notice,” he said. 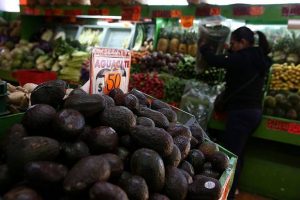 Cabral said the chances of being duped while dining were high, with the cost of avocados getting more and more expensive each week.

“I’m willing to bet that we have all had it at least once,” he said.

“Just think of the last time you have complained to yourself or aloud that the guacamole is too watery? It doesn’t help one bit that we have been living through a severe avocado shortage for the last couple of weeks that has rippled across the US.”

In Mexico, the production of avocados in the first five months of this year was down 1.2 per cent or 9071 tonnes compared with the corresponding period last year.