We live here, we love it, but do we really know what amazing stuff Rotorua really has to offer families? Kelly Makiha packs up her kids and heads just down the road for a “staycation” to her home city.

In just a few weeks you might be hearing these words from your delightful offspring as they grapple with keeping themselves entertained during the school holidays.

If term two whizzed by so quick you forgot to plan that awesome family holiday to Fiji, Gold Coast or Bali, never fear. Something more spectacular awaits in Rotorua.

Like a good husband who cooks and cleans, we often take our own backyards for granted.

Too often we think packing up and going somewhere is the best holiday when in fact “staycations” can be better.

I’m embarrassed to say I’ve lived in Rotorua nearly 25 years and have never been to Waimangu Volcanic Valley.

It’s been a few weeks since we went and still almost daily one of my twin 4-year-olds says “going on that boat was such a fun time”.

She’s talking about the Rotomahana Boat Cruise which is part of the Waimangu experience. 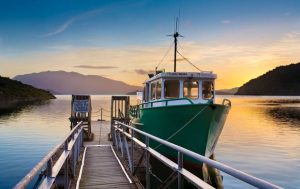 Our tour started with a walk through the valley where we were gobsmacked by the beauty of the geothermal features and the colour of the water features. It’s not like anything you see in Rotorua.

We took in fascinating history such as the Pink and White Terraces and the Mount Tarawera eruption, which is enhanced if you get the Waimangu app beforehand.

One of the highlights for my bunch was being allowed to hold the thermometer gun, which meant they could point it at anything across the valley, pull the trigger and read the temperature of that spot.

You are never too old to learn and you’re never too young to allow the smallest of things to blow your mind.

Paying to look at stars wasn’t something that automatically jumps on to my list of things to do. Until now. 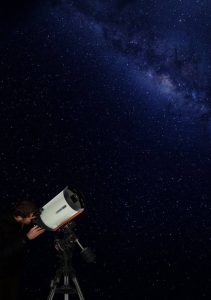 We headed to Skyline Rotorua on a clear crisp winter’s night and had the lovely Bryce take us on an informative trip of the universe.

Yes, there were nine of us standing in the freezing cold for nearly an hour but not once did our group of kids ask “are we done yet?”.

They were truly mesmerised by what Bryce was telling us about the planets, the stars and the moons.

It’s all stuff us parents should know, right? Like where to find the Milky Way or the Southern Cross. Now there’s no more guessing.

The kids were able to look through what felt like the world’s largest telescope and see right up close on many planets.

Bryce’s astronomy knowledge is second to none – especially fielding that question from the kids that was bound to come, “where is Uranus?”, to which the quick-witted Bryce replied with a deadpan face “behind you”.

Confession time. Heights give me the heebie jeebies so for years I’ve just marvelled at the magic of our beautiful Redwoods firmly from the ground.

But you can’t come to or stay in Rotorua without experiencing the Redwoods Treewalk and this self-confessed scaredy cat didn’t feel the slightest bit nervous. 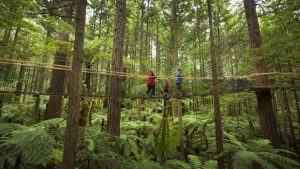 Like many true-blooded Rotoruarians, I’m fiercy protective of our beautiful forest and it’s so comforting to know this eco-friendly tourist attraction is taking care of our prized patch. 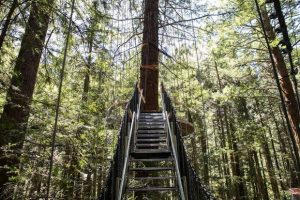 Despite the extensive construction, not a single tree was damaged in the building of the bridges.

For those keen to soak up more than just the spectacular views, there’s a bunch of fun facts you learn along the way.

If being suspended between 9m and 20m into the air on 28 bridges over 700m isn’t enough to tickle your fancy, imagine doing it at night.

Open until about 10pm, the Treewalk transforms by night into a completely different experience.

It’s romantic, it’s moody, it’s exciting and it’s an experience like nothing else on this earth as coloured lights and illuminated lanterns bring the forest to life.

A blend of Māori culture, geothermal wonders and, wait for it, the best Māori buffet I’ve ever eaten, awaits at Te Puia.

No matter how many times we stand on a marae, listen to a karanga (call) and slowly walk on accepting the challenge as manuhiri (visitors), it still sends a wee shiver down my spine.

A day at Te Puia has it all and what a way to kick it off than with a traditional Māori welcome and concert.

We were all mesmerised with the action songs and loved our chance to stand up and have a go at poi and haka.

Then around the village we headed, going into the kiwi house and spotting a few of our namesakes, before heading down to the spectacular Pohutu Geyser. 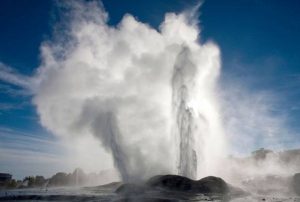 We were lucky enough to have the best view while our bums were being warmed on the hot rocks when this beauty spouted its boiling water high into the air.

There were so many questions, like how, when and why coming from the kids which the expert guides were happy to answer.

Just as the stomachs started to rumble like that geyser, we headed into the newly-built restaurant.

Now, without sounding like a glutton, this was the highlight for this hungry mamma.

With favourites like boil up and rewena bread, stuffing and hangi-cooked kumara and pumpkin, you won’t be disappointed. My personal favourite was the watercress and corn soup. To make it even better, this Coeliac felt comforted in the gluten free preparation of the food.